On December 12/25, 2019, the feast of the Venerable Herman of Alaska, Deacon Andrew Gliga, graduate of the Pastoral School, was ordained to the priesthood by His Grace Bishop James of Sonora at the St. Herman of Alaska Church in Sunnyvale, CA. Pictures of his ordination, from the web site of the Western American Diocese web site, can be found here: 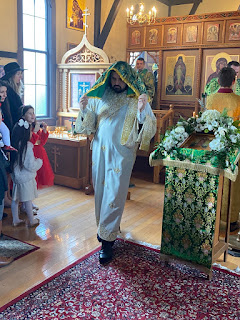 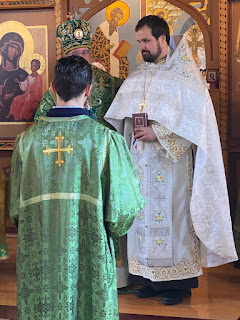 On the same day at the reading of the Hours, incoming Pastoral School student Paul Kozachenko was tonsured a Reader by His Eminence, Archbishop Kyrill of San Francisco & Western America. Pictures of his tonsure, from the web site of the Western American Diocese web site, can be found here: 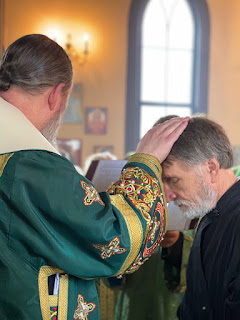 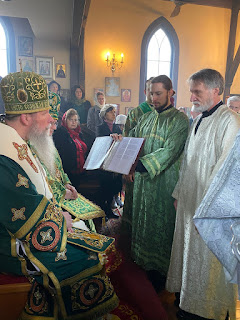 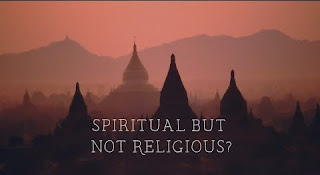 There is a new movement in the west called “Spiritual but not Religious”. It even has an acronym which is used rather widely in social media: SBNR. On one hand this term seems to mean everything and nothing at all to those that “practice”, so to speak, this non-religion, but there is also a recent movement to form this into something that much more closely resembles a religion – to organize and categorize many variant ideas in this regard into something more “official”. Recent media reports gushing about this movement make it clear that it is becoming (perhaps it always was) pagan/new age in its makeup. A quick Google image search in this regard provides lots of Buddhist and Hindu images. Maybe that means something and maybe it doesn’t. We don’t know. That is why we need a solid thesis on this topic! Although we might not think this pagan/new age slant (if SBNR really does have that slant) matters to us, the elite of our western society are promoting this movement as an acceptable alternative to faith traditions considered by this same elite as intolerant (read: Christianity) – and pushing its placement into public schools. It is tempting to now discuss the issues we as Orthodox Christians might have with the public schools in the west ad nauseum, but we will resist that temptation for now and focus here on SBNR. Although a good thesis on the western public school system would also provide value to the Church…

If the powers that be in western society are promoting the SBNR movement we should understand it from an Orthodox point of view, and we can begin that conversation for the greater Church with a solid thesis in this regard. Please contact me if you have questions or it you would like to discuss this topic further. 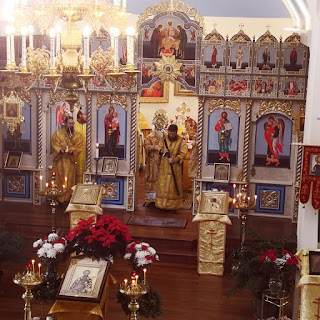 We are pleased to announce the ordination of our recent graduate, Thomas Nichols, to the deaconate. Thomas was ordained by Archbishop Peter of Chicago & Mid-America, President of the Pastoral School, at the patronal feast day of the St. Basil the Greaet Parish in St. Louis, MO. May the Lord grant many years of fruitful service to Deacon Thomas
in His Holy Church! 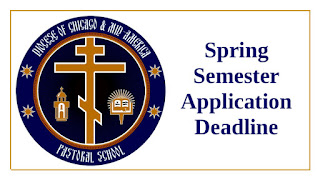 The Pastoral School of the Diocese of Chicago & Mid-America is committed to making high quality Orthodox theological education as accessible to as many interested students as possible. Based on this commitment we have made it possible for students to study either full time or part time in our school, have instituted summer courses, and accept applicants in both the fall and spring semesters.

Applications for admission for the spring semester are due February 1, 2020. Classes begin February 10, 2020. Applications and further information on the Pastoral School programs can be found at our web site:

Questions should be directed to the Dean of the Pastoral School, Priest Gregory Joyce:

fr.gregory.joyce@orthodoxtheologicalschool.org
Posted by Very Rev. Fr. Gregory Joyce, D.Min at 12:00 AM No comments: 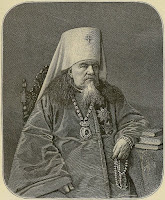 Metropolitan Isidore (Nikolsky) was instrumental in the growth of Orthodox Christianity in North America as the hierarch in charge of all parishes of the Russian Orthodox Church during his time as Metropolitan of Novgorod and St. Petersburg. Yet - we know almost nothing about him in the English speaking world. That needs to change, and a good thesis covering the life and works of Metropolitan Isidore could go a long way in filling this gap. Please contact me if you would be interested in making this your thesis topic. You can learn just a little bit at the orthowiki entry for Metroplitan Isidore. 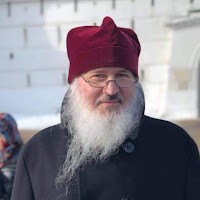 At the October 15, 2019 meeting of the Board of the Pastoral School Archpriest John Whiteford was named Assistant Dean for Operations of the Pastoral School. We congratulate Fr. John on his appointment and ask the faculty, students, staff, and alumni of the school to remember Fr. John in their prayers. May God grant him many years of service in preparing future generations of clergymen and laymen for service to His Holy Church.

We are pleased to announce the ordination of our first year students Timothy Zieminski and Matthew Sundahl to the deaconate. Both were ordained by Metropolitan Joseph of the Bulgarian Patriarchate on November 9 and 10. May the Lord grants many years of fruitful service to Deacons Matthew and Timothy in His Holy Church! 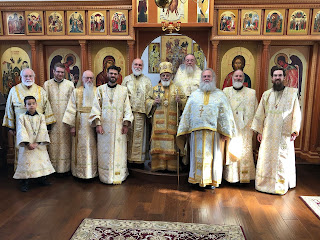